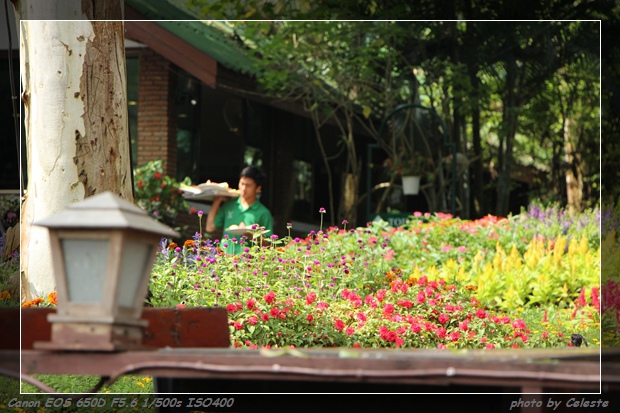 Galae Restauarant is similar to  Ban Yen [see old post] in a few ways. The majority of the seats are outdoors, and the atmosphere gets even better later into the night. However, from what I remember, I don't think there is a live band here. Galae is located by a lake, which is also different from Ban Yen. 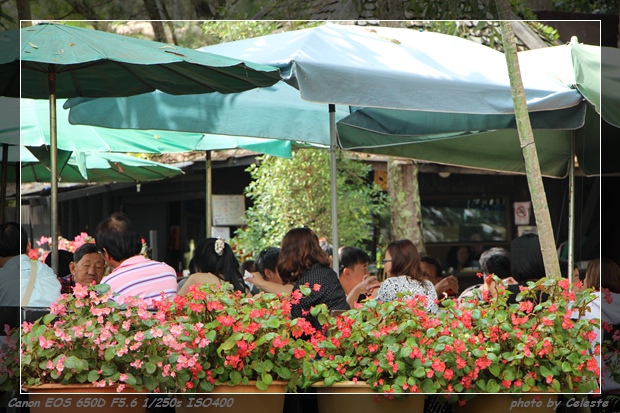 I suppose songthaew and tuk tuk drivers might know the place if you simply tell them to take you to Galae. I'd used to come here a lot when I was a kid, because my dad's office was close by. He and his colleagues would come here often, and when you were allowed to take your family with you, my mum and I would tag a long. To let you in on something here... as a kid, I wasn't able to eat spicy food. It was such a waste, because most of the foods you can order here are very spicy. But rest assured, it's a different case now! 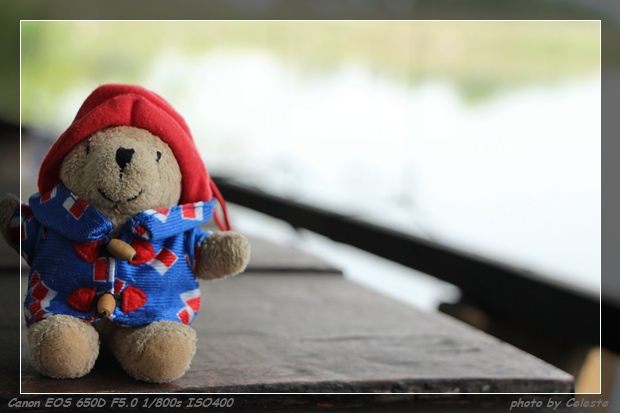 We went to see an old friend of ours, who insisted on taking us out for lunch. After discussing for a while, she suggested Galae, and I agreed without hesitation! 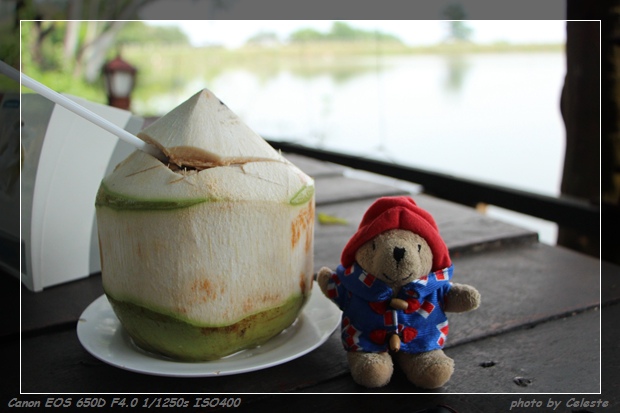 When we were studying the menu, I realised that the other half had not yet tried coconut juice straight from the fruit. So we ordered one for him. It's a good way to wash down the spice!

Before coming to Chiang Mai, I told the other half, that since we weren't here every day, we should try and order things that we couldn't get in Taiwan. So things like krapao or papaya salad, were not included in our list of things to try! We tried our best to avoid these easily accessible dishes. 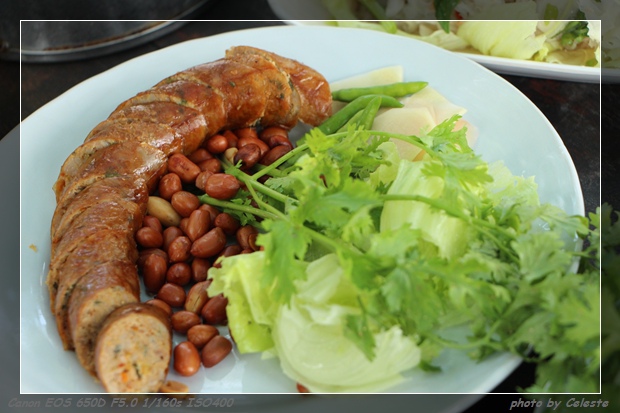 I wanted to order naam, but our friend recommended that we also try this Northern Thai suasage called sai oua.

It's very different from naam. It's filled with spices and grilled before served. It wasn't really my cup of tea, but I do recommend trying it, because it does have a very unique taste! 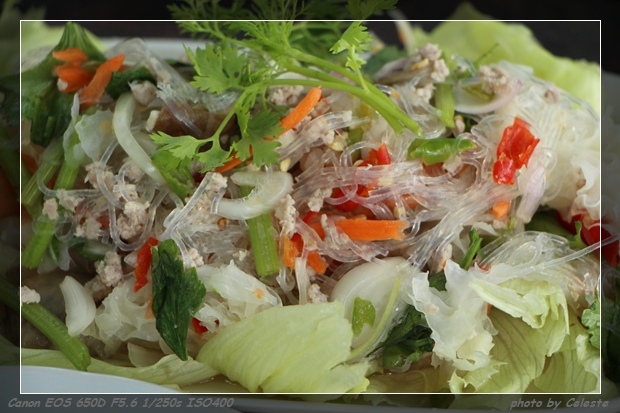 It's not impossible to find this in Taiwan, but I have yet to find a place that makes authentic yum woon sen! 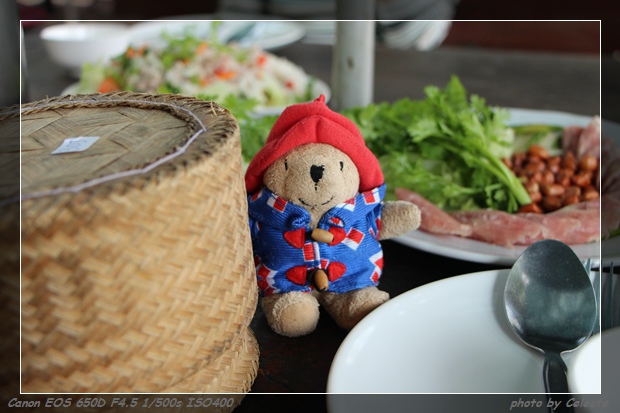 The thing inside the bamboo basket is actually Thai sticky rice. I think my most lethal failure during this trip was forgetting to take a picture of the actual sticky rice!

I'd mentioned the right way of eating sticky rice, but indulge me in saying this again: please do eat it with your hands! Give the rice a bit of a squeeze before stuffing it in! It helps make the texture right. And as you can see in the upper right hand side of the picture above - that's my favourite dish! NAAM! We'll talk more about that later! 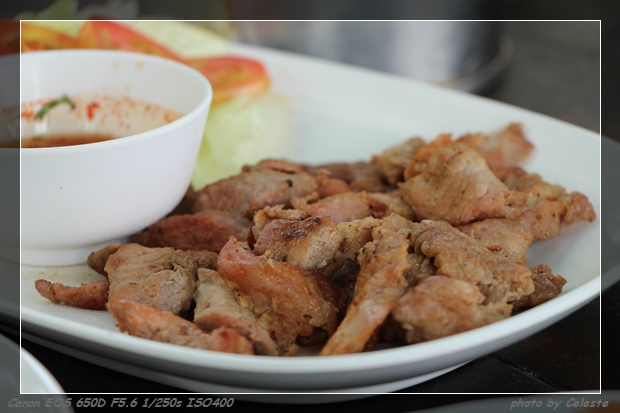 This seems like a normal dish, but the grilled and roasted dishes are a must try while in Thailand! They are absolutely amazing! And the sauce - also makes it a unique dish! This used to be the only kinds of dishes I could eat when I wasn't that spice-tolerant! 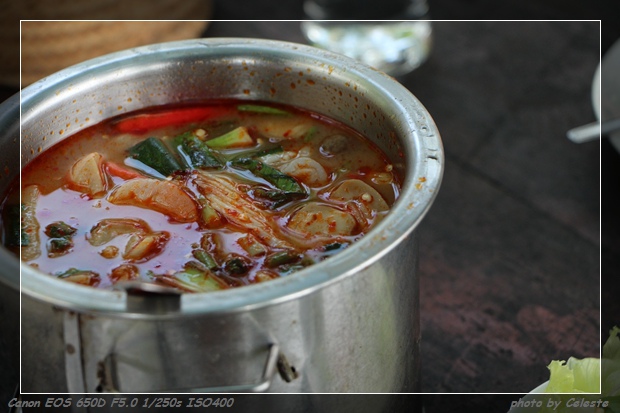 Well, it's customary for Taiwanese to include sopme sort of sou into our meal, so here it is. I know this is something you can get in Taiwan as well, but do note that there are significant differences! 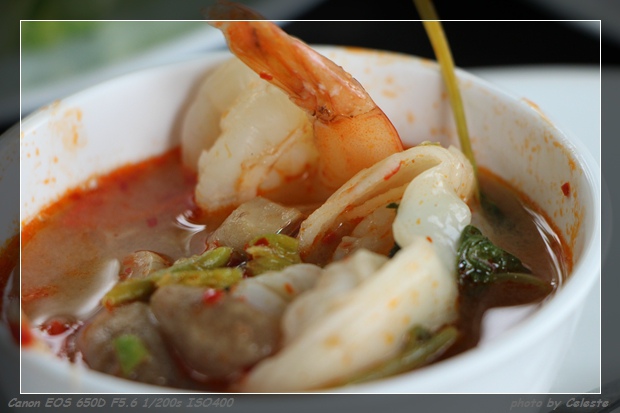 For one thing - do not underestimate it's spicy level! Although it looks just the same, when you take a sip, you'll know how different it is! If you ask for just a little bit of spice, chances are, if you're not a fan of spicy food, you will cry for your mother! And even if you ask for this dish to be non-spicy, it'll still be a little spicy.

We didn't specifically ask for them to alter the spice level, so we could only take small sips at a time. 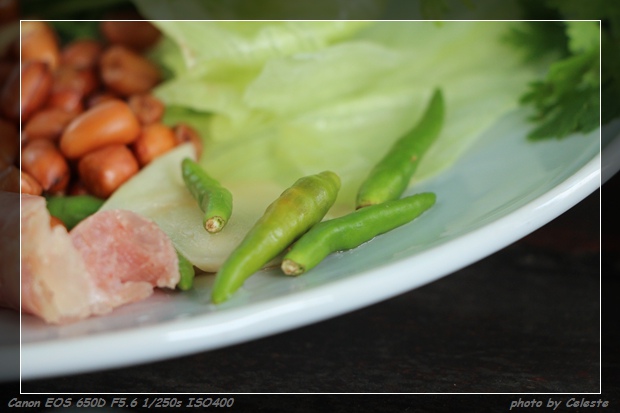 Another thing not to underestimate is the spice level of this seemingly cute and innocent chili. It's ten times more spicy than those red ones you're more used to seeing. Don't even try to take a bit if you're not an expert in eating spice! 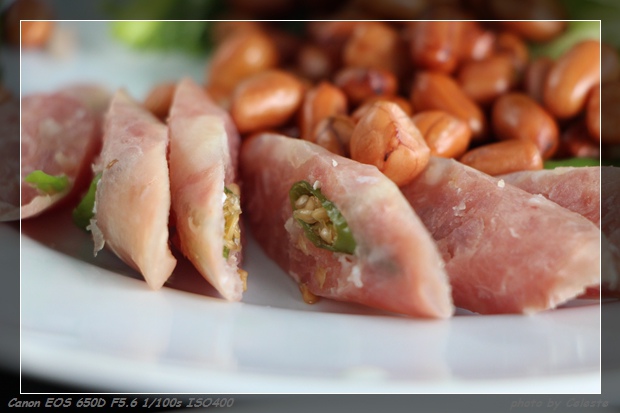 And here comes my favourite dish!

I just absolutely love this dish! Notice that they cheekily wrapped those green chilies in the naam as well. Even for me, I had to take out the chili before stuffing it in my mouth! So beware! 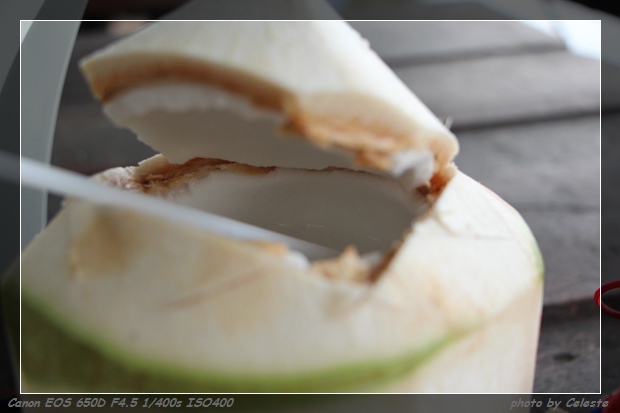 At this point, we'd pretty much got rid of all the spicy dishes. It was time to wash down that numbness caused by all the chilies. If you don't think the juice sufficient, I'd suggest you scrape off the pulp. It will help. 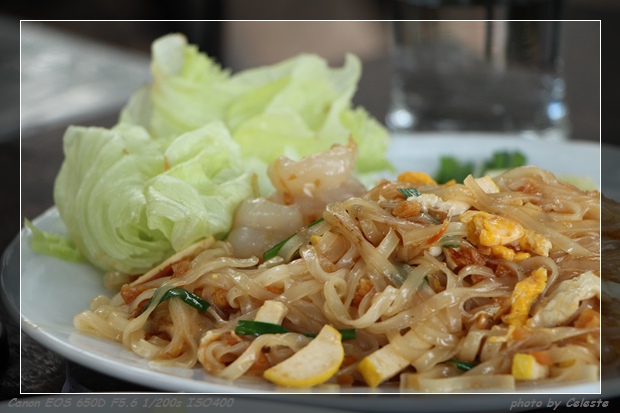 We were pretty much stuffed by now, but you know how Taiwanese are... even if you've lived overseas for such a long time, the passion for tending to your guests remain the same! So... our host ordered yet another dish for us! 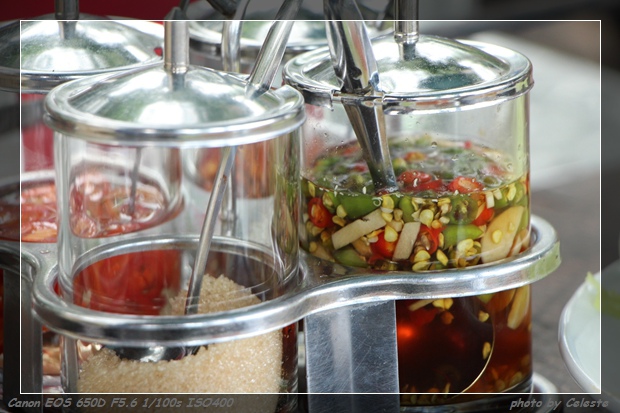 This sauce rack would come without saying with the pad Thai! Try putting a bit of each on the pad Thai (though you could skip the sugar... even I skip that!) 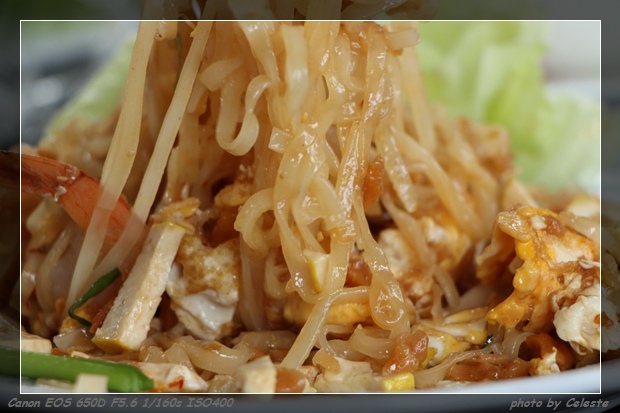 Mixed it up a bit and you get a delicious plate of pad Thai! 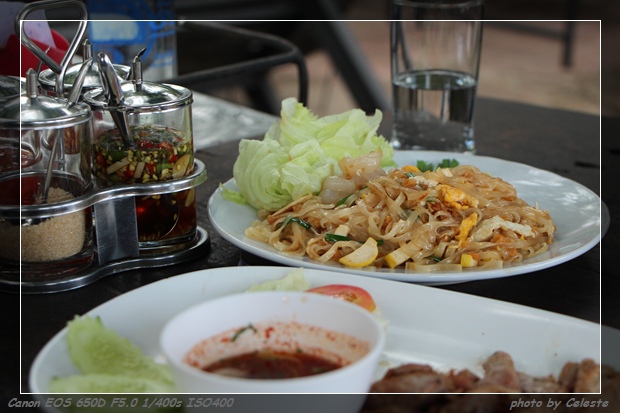 After the meal, I felt like there was a baby inside me (but I was not yet pregnant then!) 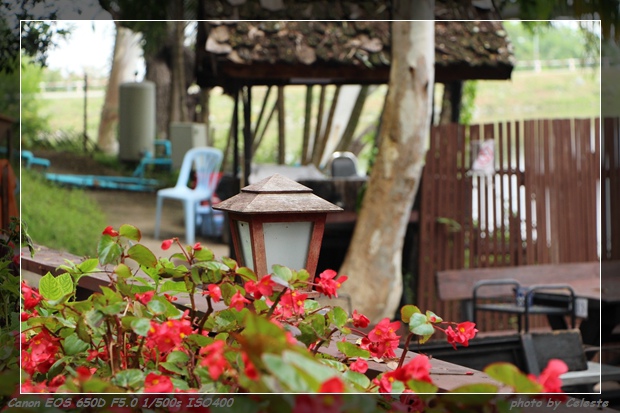 Now, it's time to take a look around the place! 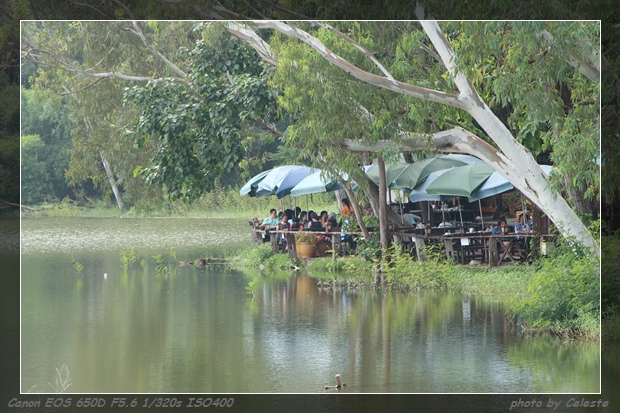 Take a nice walk after the meal to help digest the food. The picture above shows where we were having our meal. The place would look completely different during the night. 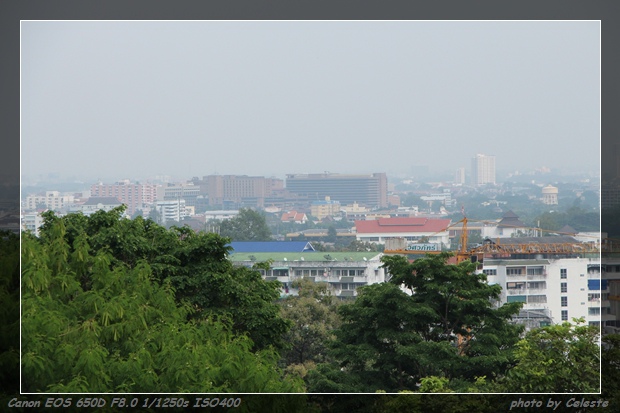 There is a passage way close by, and without anything in the way, you can see Chiang Mai from this angle. The bulky buiding at the center there... right next to it, would be the hotel in which we were staying at - Chiang Mai Orchid Hotel [see old post].

The weather had been cloudy since we arrived. It had not rained. If you're lucky, seeing this after the rain would be the most breathtaking scene! When I was still l iving here, there weren't as many cars. I was shocked by the amount of cars on the streets when we got out of the airport! But even then, the air was still a lot better than the air in Bangkok! 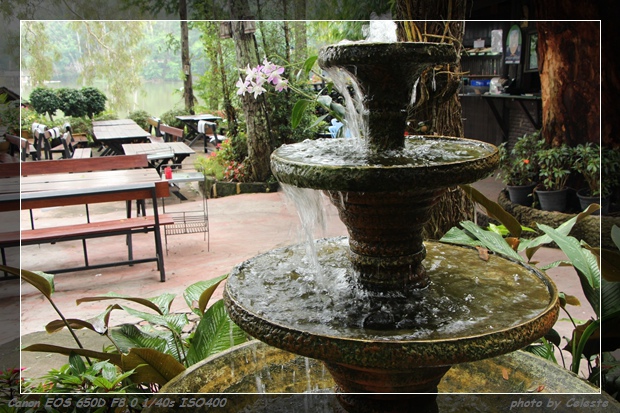 It's such a nice, relaxing place for lunch (and dinner, too)! 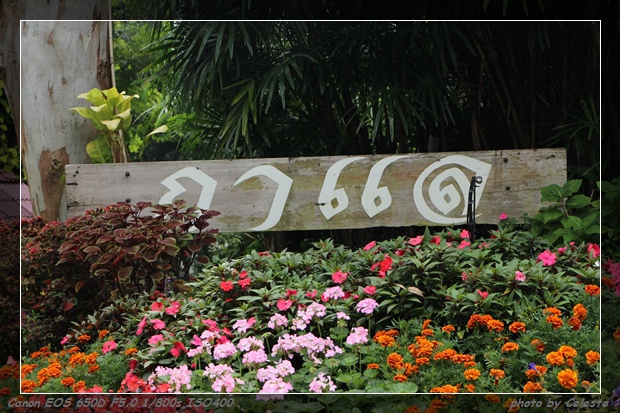