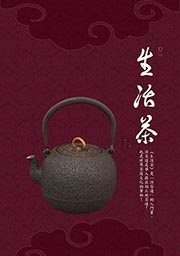 Despite being preoccupied with all the assessments that are expected to be handed in this Friday, I simply cannot revert to my accademic work until I point out a couple of points that seems to bother my mind since I had put down the book.

I was extremely excited to have found the book, thinking that a book which devotes a whole section on David Icke must be worth reading.  I was disappointed and not at the same time.  The truth is, I am unable to find a precise word to describe this book, or rather, how I felt about the book.  Seeing how it is published by a university press, I was well aware, even before I began reading it, that it would be an interesting reading.  If it was capable of infiltrating the core of conspiracy culture, and agree or make sense of any of the extant conspiracy theories, I would be extrememly satisfied by it.  As it turns out, it is merely an analysis of certain esoteric theories that have fortunately been leaked into the mainstream.

**Title of the book is underlined because the italics function doesn't seem to work.

Tally up the YES's to these questions.
(繼續閱讀...)

▲top
Michael Baigent, Richard Leigh, and Henry Lincoln shocked the world by their collaboration of the book Holy Blood, Holy Grail, which inspired Dan Brown’s international bestseller, the Da Vinci Code.  The book, Holy Blood, Holy Grail was extremely carefully researched and well organized.  However, without the rudimentary knowledge on the background of Christianity, the Crusades, and/or the Kights Templar, one may easily find themselves lost in the labyrinth of excess information.


Two of the collaborators, Michael Baigent and Richard Leigh, published another book many years later, which I personally found easier to absorb.   The Elixir and the Stone is a book that captures the true essence of the Renaissance spirit.  It touches upon a whole variety of subjects which means any reader is bound to be able to relate to a few of the subjects mentioned.
(繼續閱讀...)

It may seem easy for someone like Josh to say almost anything he wants.  He was a child chess prodigy, and a Tai Chi World Champion.  With this kind of accomplishment, you could basically write a book about anything, and make big bucks off it.  However, Josh Waitzkin does not over glorify his accomplishments, quite on the contrary, he shares with us the story of his failures in life and how he has used that to accomplish higher goals, greater achievements.
(繼續閱讀...)

▲top
The way in which I have arrived at the reading of Paulo Coelho's The Witch of Portebello is just as magical and mystical as the essence of the book itself.  It is the perfect book to read following The Elixir and the Stone, a book discussing magic and magi of the world.  Coelho has already been an inspiration through his other works, The Alchemist and The Pilgrim.  This is yet another inspirational work about a mysterious woman who have come to be known as a witch.  Just as things generally are in life, the truth remains unknown and obscure even till the very end.  Only a few, in fact, only one or two people, will come to a clear understanding of the presence of supernatural forces and how they influence the world.


A reader may find themselves a bit lost during the beginning chapters due to the way the novel is constructed.  The narration is told through the first person, but not in the sense a reader is mostly likely to be acquainted with.  It is rather suitable in the sense that the different narratives, told from the points of view of people who knew, or were acquainted with our protagonist, Athena because it emphasizes her mysteriousness.  Since the narratives were scripts from interviews made after the death of Athena, the different narratives are like pieces of a puzzle, whose wholesome image can only be seen at the very end, when the last piece is fitted unto the puzzle.

▲top
Whether you are a dilettante, or a scholar-to-be, the basics of the history is an unavoidable route to a more elevated level of understanding English literature.  However, different books on the history of English literature suite different purposes.  This article sets out to share the three different books I have encountered as so it might provide a guideline for those of you in search of one suitable for your own reading.

Those of you who deem this novel as merely the average romance fiction, I am setting out to prove you wrong.  The fact that the title includes the word ‘girl’ should not diminish the importance of the historical aspect surrounding the romance.  Although, I must admit that even I held a little prejudice against it before I began reading it, by the time I got through the first quarter of the book I could not help being completely mesmerized by the intriguing plot, moreover, the authenticity of the historical references that is replete throughout the novel.
(繼續閱讀...)

▲top
A Tale of Murder, Insanity, and the Making of the Oxford English Dictionary

Originally named 'The Surgeon of Crowthorne: A Tale of Murder, Madness and the Love of Words', this is  one wonderfully, well-researched piece of work.  It celebrates the birth of the magnificent Oxford English Dictionary (OED)and promulgates an acknowledgment of an extremely intelligent man who had collaborated with lexicographers throughout the process of its making from an asylum.


Move back in time, to when I was still an ignorant teenager, Thoreau was nothing but ‘the crazy dude that went off to live in solitude by some pond’.  It is probably not difficult for people of that age group to think this.   After all, adolescence is all about friends and group fun.  Therefore, I did not scoff at myself for ever thinking of Thoreau as ‘crazy’.  The process of mental and spiritual maturity is extremely interesting.  Now, life in Walden seems to me the ideal life that I would actually attempt to pursue.


American literature had always had less of an attraction to me than English literature.  They are newer and thus often contain less profound and inspiring material.  Yet, Thoreau had not only proved himself a worthy writer, and poet, but embraced the essence of the Romantic spirit thus making him the most inspiring romantic writer from the New World.
(繼續閱讀...)

▲top
Dan Brown's Da Vinci Code had perhaps shocked the world, Christians and non-Christians alike, with its fictitious plot surrounding the hypothesis that not only did Jesus once live, he got married and left a bloodline.  Dan Brown's novel could not have existed without Holy Blood Holy Grail.


Michael Baigent and co-authors Richard Leigh and Henry Lincoln are three meticulous researchers that had put together pieces of a puzzle together in a book to share their findings to the world.  Holy Blood and Holy Grail is a history book.  It is well researched and contains extremely intricate details that support their hypothesis.  Jesus was a man.  He got married.  He had a son.  The woman he probably married was Mary Magdalene.  It is most likely that he had never been crucified.

For those of you who are interested in the novel, but can't seem to find the time to read it:

You can now listen to the reading of the original novel by Richard Matheson.

▲top
I own a copy of John Milton’s Paradise Lost with a preface written by the author of the trilogy His Dark Materials, Philip Pullman.  At the time of purchase, and even by the time I had gotten hold of my box set of the trilogy, I had not made the connection between the two works.  What had drawn me into reading the trilogy initially was my inclination towards getting myself familiarized with the plot, the story, the themes, and the characters before watching a film adaptation.  After completing the reading of His Dark Materials, I realized I had gotten more than what I had anticipated for.

The copy of Paradise Lost I had bought upon me an excruciating reading experience.  I could only look at the words, but not comprehend them.  It was not until I got myself an annotated Norton edition of Paradise Lost did I begin to appreciate the masterpiece a little more.  John Milton is one of the greatest English poets.  His Paradise Lost had inspired many, such as Blake and Wordsworth, just to name a few.  The masterpiece continues to inspire other contemporary artists.  Philip Pullman is one of those contemporary artists that have been inspired by this extraordinary work.  The title of the trilogy had been taken directly out of Milton’s words:

I've always had a higher interest in movies that were adapted from novels or other works of literature.  If I happen to be interested in the original literary work, I'd always try to read it prior to watching the film version.