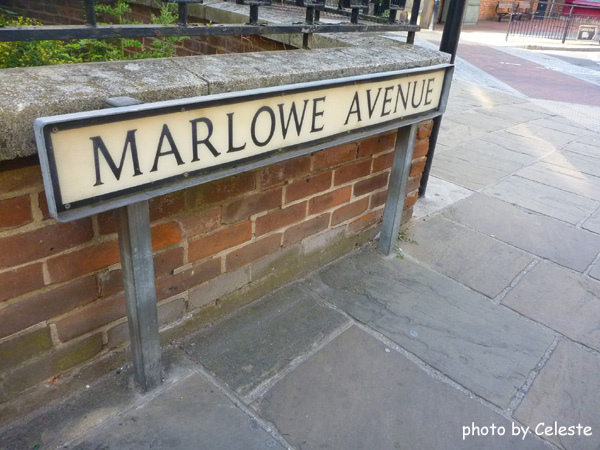 Everyone knows Shakespeare. Even if you are unfamiliar with English culture, or have never approached English literature, even those who have not yet befriended the English language, would surely have heard of Shakespeare at some point. However, if you have not had contact with English literature, well, even those who are native English speakers, only get to know Marlowe on rare occassions. Christopher Marlowe is the playwright who wrote 'Doctor Faustus', not to be confused with Goethe's 'Faustus'. Scholars believe that if he had not been murdered at an early age, he had the potential to become even more than what Shakespeare had become. Because of this, many myths and legends were born. Writings of fiction and nonfiction surrounds the plot of why he had been murdered, and who the plotters were. In the film 'Shakespeare in Love', there is also a scene where the lost Shakespeare found Marlowe at a pub, and Marlowe gave him a few pointers as to how to go about with his next play. His story is intriguing, and his works are not incomparable to Shakespeare's. I recommend those who are interested to at least Wiki him, or even find a modern edition of 'Doctor Faustus' to read. 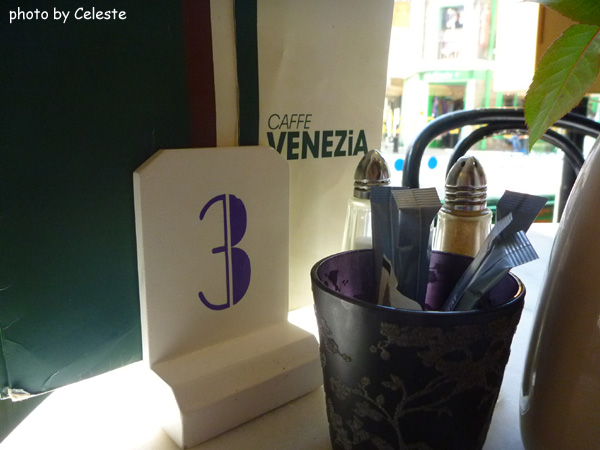 After walking around for the entire day, your feet gets tired, more or less. And of course, your tummy would also take the chance to protest as well. Well, what to do then? I don't really understand people's complaints about how terrible English food is. I rather enjoy it! Might be just me... Anyway, the point I'm trying to make here, is that if you happen to like English breakfast, there are a plethora of pubs and cafes that offer 'all day breakfast'... Can it still be 'breakfast', when you're having it in the afternoon? Cuz if my memory serves me right, this took place at around 3pm!

When I posted the first article on Canterbury Cathedral in December, 2010, I had already been there a second time. These two visits were very different, though. I was on my own the fist time, so I took all the time I needed to steep myself in the cathedral atmosphere. The second time round, other than enjoying everything for one more time, my most important agenda was to make a second recording of this magnificent building. 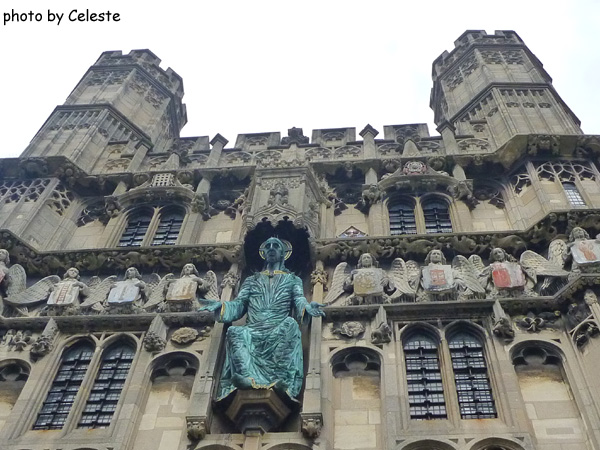 After a few weeks of Taiwan food articles, I'm sure you're getting a bit sick and tired of looking at food, food, and not thing but food articles. So here we are again, back in the UK. Since I'm sort of overlapping Taiwan and UK articles, I feel obliged to remind you again that this was my second time to Canterbury. The first time round, I took a lot of time in museums and the cathedral itself. Because time was a valuable asset, I had to be selective of what I did. Since I was lucky enough to come back for a second visit, I decided to try things that I did not try the first time round. This river tour, was one of them. 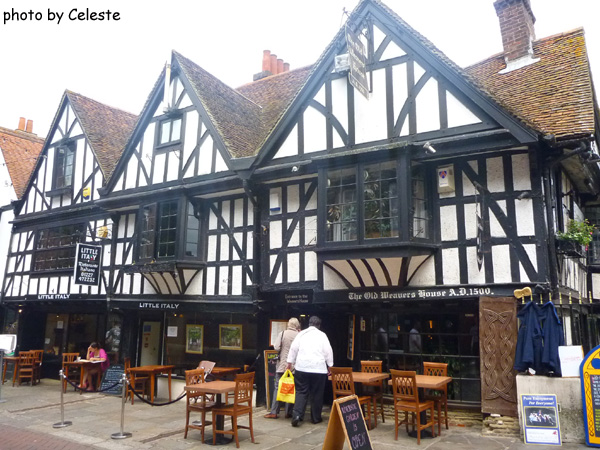 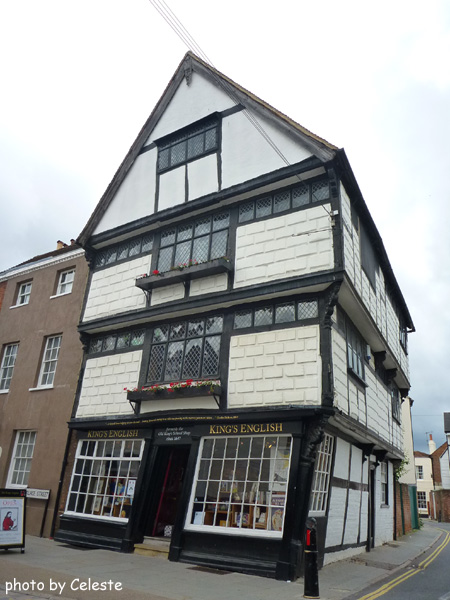 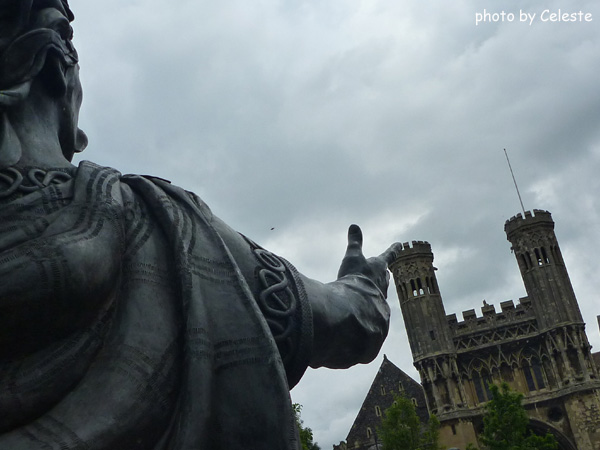 Standing across from the main entrance to St Augustine's Abbey, on a patch of land called Lady Wootton Green, are two statues of King Ethelbert and Queen Bertha. The unique thing about these two statues is the exquisite details of each and every part. From the upper and lower torsos, to the clothes and accessories on them, no detail went unnoticed. It's definitely worth taking some time to examine.

King Ethelbert was king of Kent from 580 or 590 until his death. He was the first king to convert to Christianity. The eighth century historian also referred to him as the third king to hold imperium over the Anglo-Saxon kingdoms. 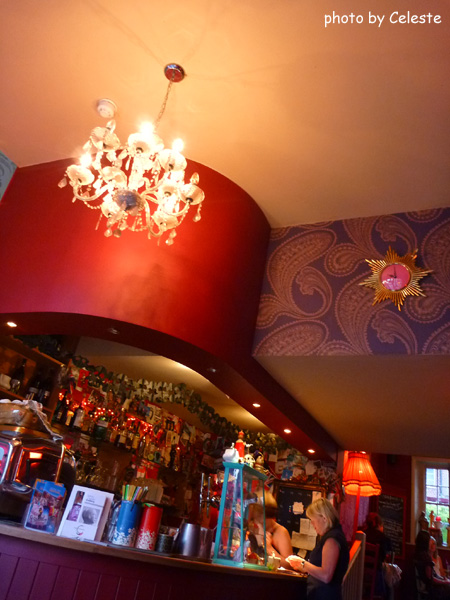 I don't know when I started to have such an enormous appetite. Perhaps it was because knowing that after this trip, it would take an even longer wait for me to come to the UK again, and thus I forced myself into making the most of it - even my belly. I was hungry almost all the time. I wanted to eat everything I saw on the menu. But... I knew that was impossible. I still had to make a choice.

This restaurant looked very colourful. My friend and host said it was quite good. So we decided, or rather I decided, that we should have dinner there. 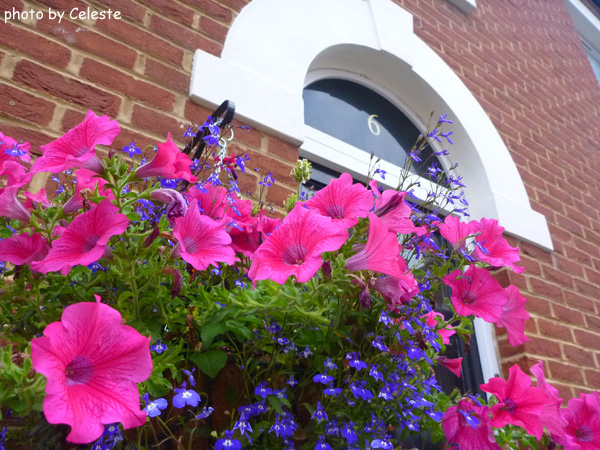 Canterbury is the only place, other than London and Liverpool, that I visited for a second time during this trip. There were a few reasons for this: 1. my friend was still living there at the time, and if I missed out on the opportunity to visit her this time, I didn't know when I would see her again (seeing that prior to our reunion a couple of years back, we had not seen each other for 14 years...) 2. it was such a lovely place, there was absolutely no reason not to visit! 3. my friend had suggested that we visit some surrounding towns, places that I did not get to see last time. So here I was again, in Canterbury. This time, with a slightly different mood. But pleasant, nonetheless.