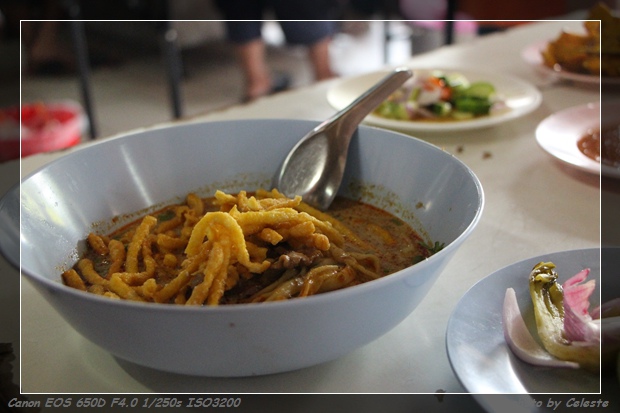 Other than the ordinary-looking noodles, there are also crispy noodles on top. The taste will amaze you! 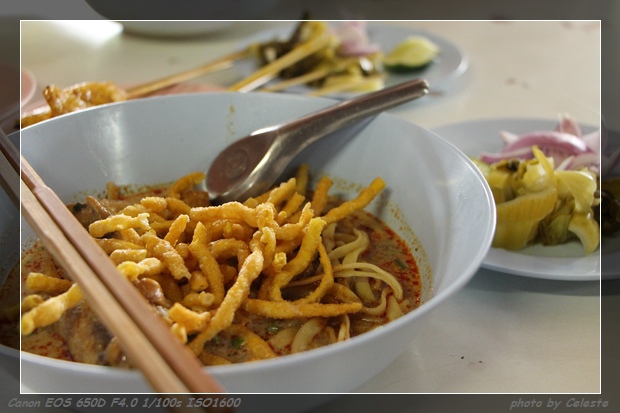 I highly recommend this dish, because as someone who does not really enjoy soup noodles nor curry (and this is a combination of both!), this dish has completely conquered my taste buds. I think about the dish every now and then!! 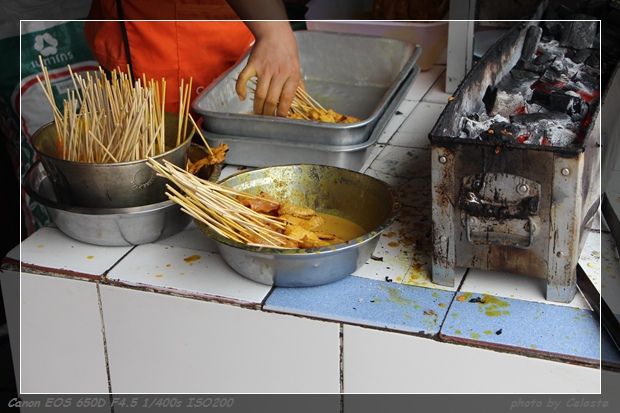 Sometimes, these shops also offer satay (barbeque skewered meat). It can be found in certain Thai restaurants in Taiwan, but still can't beat the local flavor! 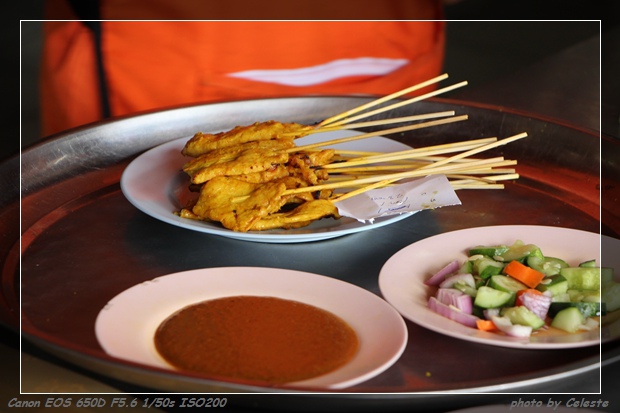 Remember to dip it in the sauce! The sauce is what matters! 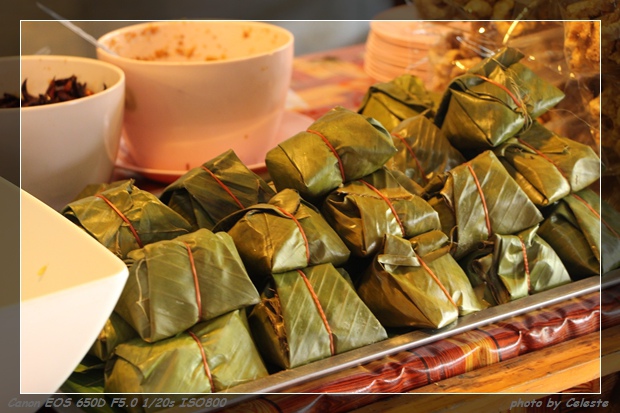 Our lovely host brought us to this shop because it offered other kinds of Northern Thai goodies as well. In fact, it was my first visit to this place. Apparently, it's the most popular khao soi place now. 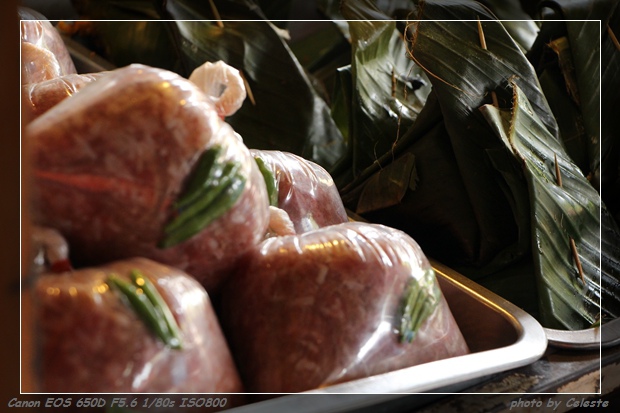 These bags of meat are naam. I've previously mentioned this before. It's a kind of fermented meat dish, normally served in the form of sausages. 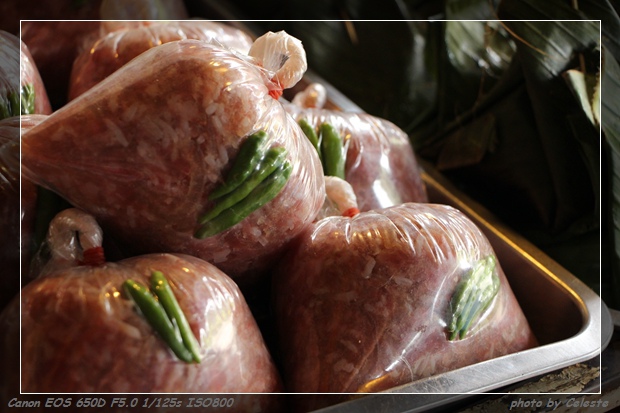 Oh, how I wanted to buy a bag and just nibble on it. But we had been on the car all day, and will be continuing our day in the car... So, my appetite wasn't exactly behaving its best. 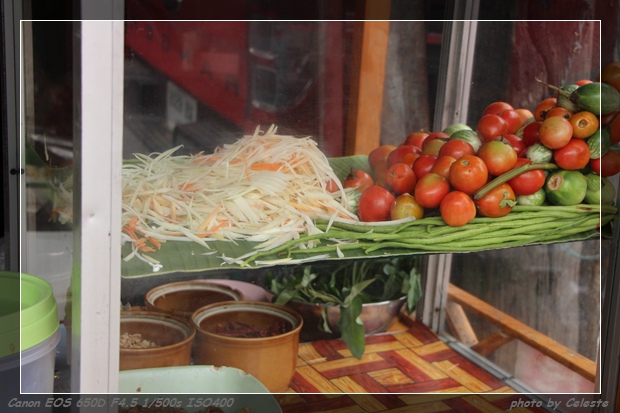 And of course, the well-known papaya salad is also available. 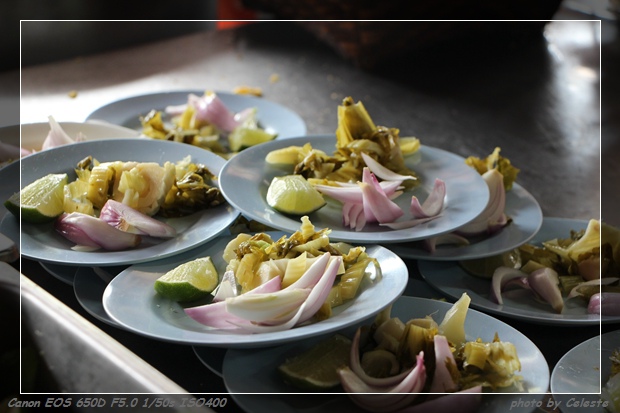 But the main point is still khao soi! Don't forget that! The stuff on these plates have to go into the noodles. 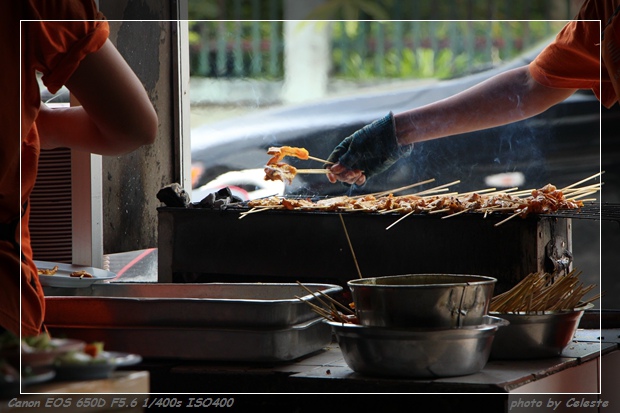 We also ordered a plate of satay. 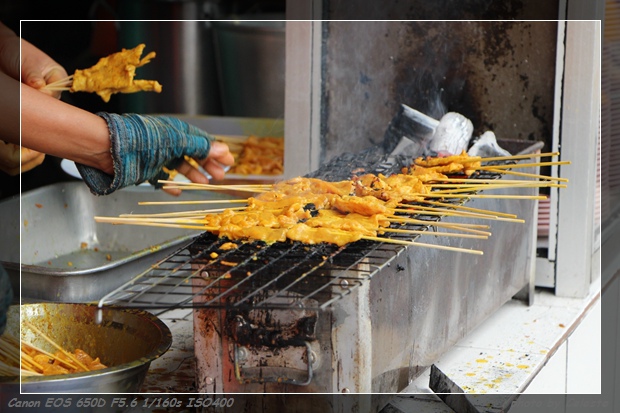 It was too good to resist. These can be found basically everywhere. And honestly, I have not had a bad satay before! Apparently they're all quite good! 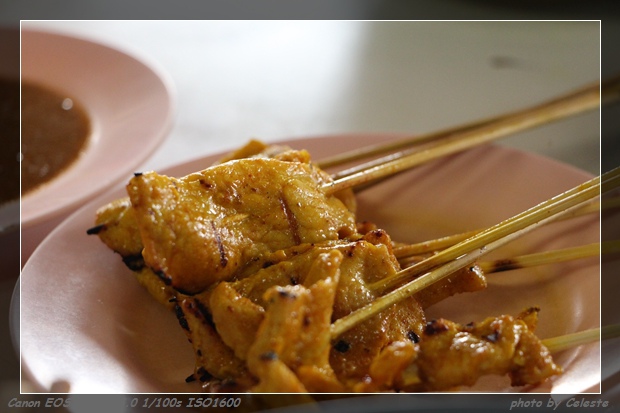 As I had mentioned - dip the sauce for best taste! 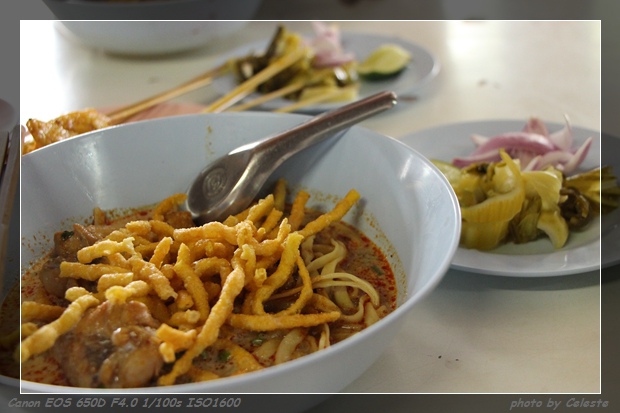 Finally, let's return to our protagonist! 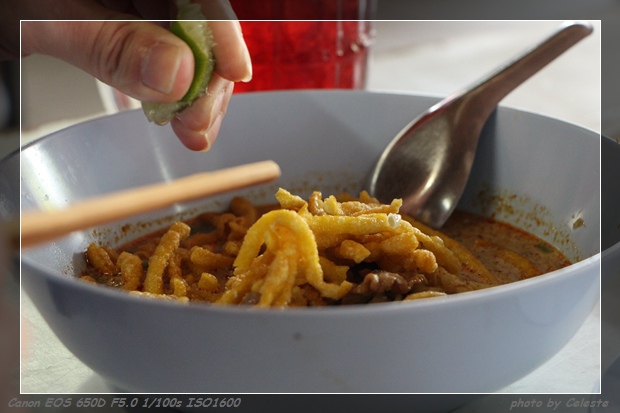 Squeeze the lemon juice into the bowl. 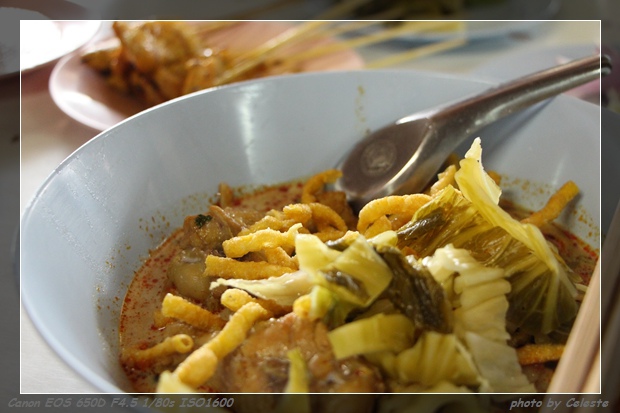 Put the onion and pickled cabbage into the bowl, too. Mix it all up, and prepare to be amazed by this wonderful Northern Thailand dish! 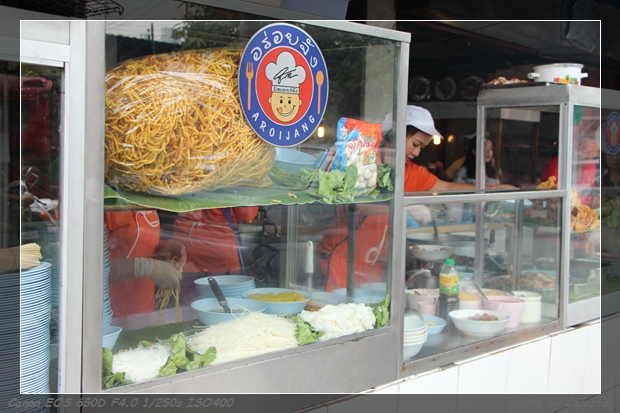 If you're tired of khao soi (which is impossible, but anyway...) You can still order the other types of noodles. 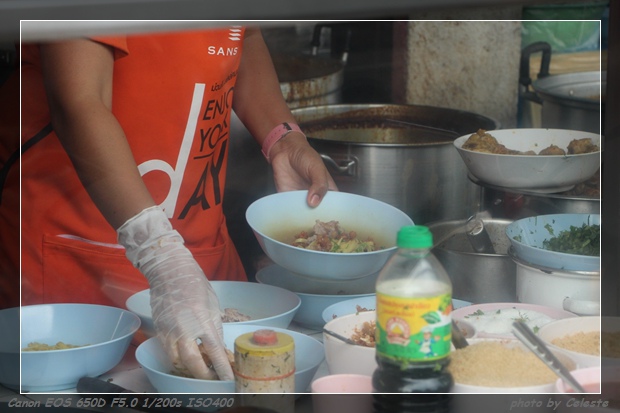 This is the first time that I see people wearing gloves while preparing our food. 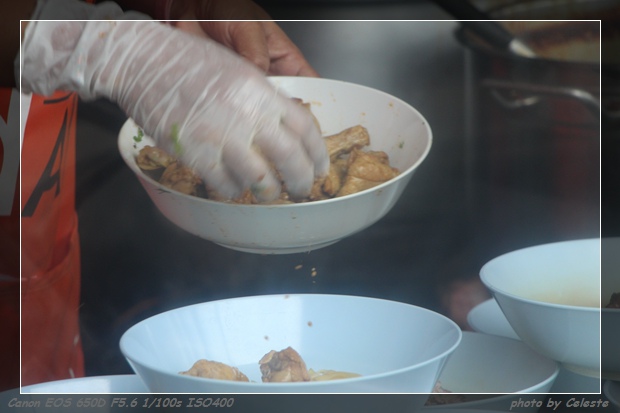 All the ingredients are placed into the bowl. Once an order arrives, all they have to do is pour in the soup. Quite efficient. But only popular shops have efficiency like this. 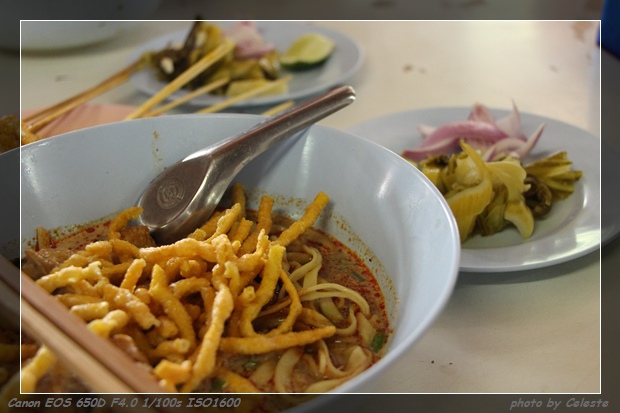 A finaly reminder, though, for people who can't bear even a tinge of spice! Do not expect this to be entirely spicy-free. It's not. I know, because as a kid, I was one of those people who couldn't bear even a slight pinch of pepper! I would order a bowl, have two bites, and let my family eat the rest... It was not until I had grown accustomed to spicy food, that I began to be able to complete an entire bowl! Of course, there's no need to worry. There are other types of non-spicy noodles you can choose from!

But again, how can you come to Chiang Mai, without ever having a bowl of khao soi?