After our last Thai meal, I wanted to come back to this place for comparison. Despite being a franchise, we actually quite like the place, more than you'd think. But it is rather expensive to dine here. So, naturally, we'd usually choose to dine at cheaper places . 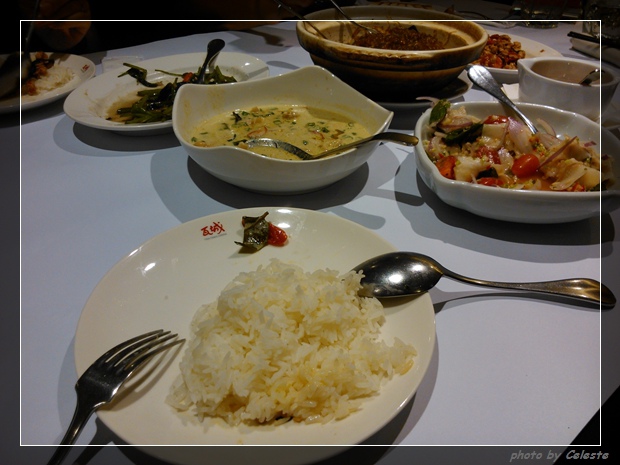 It was nice to see that the table was set with a large plate and fork and spoon - eat like a Thai! Of course, you can still ask for chopsticks if you're not used to eating this way. There is also a choice of Thai rice and Taiwan rice. Since we're here for Thai food, that's all the reason for getting Thai rice! 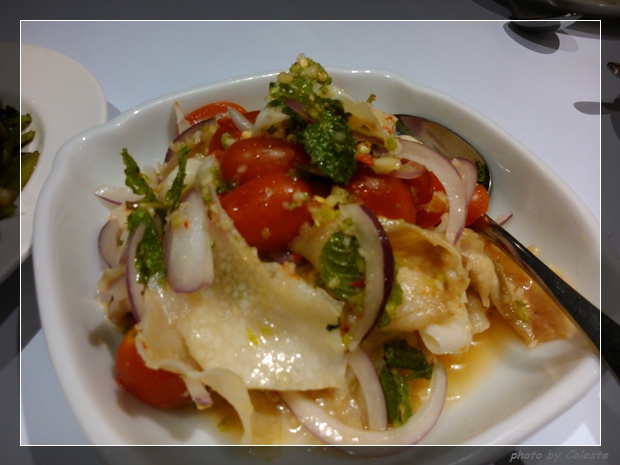 Here's that thinly sliced pork salad I mentioned in the last article. This is a much better version of it! I, alone, must have finished 2/3 of it! 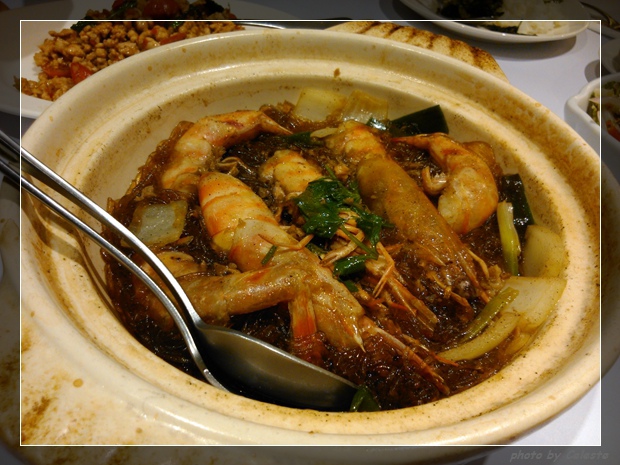 In order to make a comparison, I indulged my dad by ordering this shrimp potted vermicelli again. It looked more like what we're used to, but my dad was still not satisfied. I was so busy tending other dishes, that I had completely missed this dish! 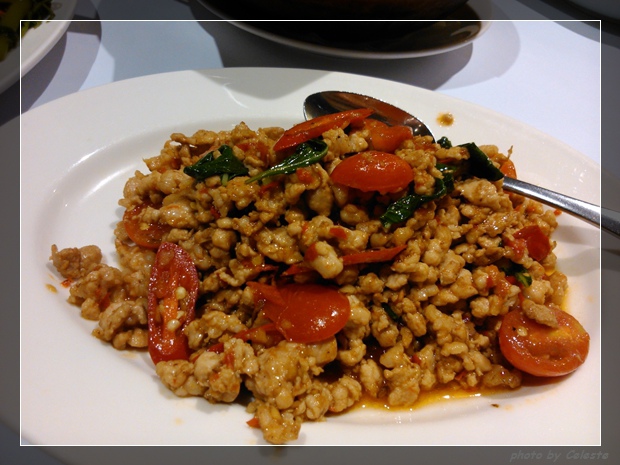 We gave a high score to their khrapao (pork), seeing they did not add any onion. And although there was still a bit of sauce, it was within an acceptable range. 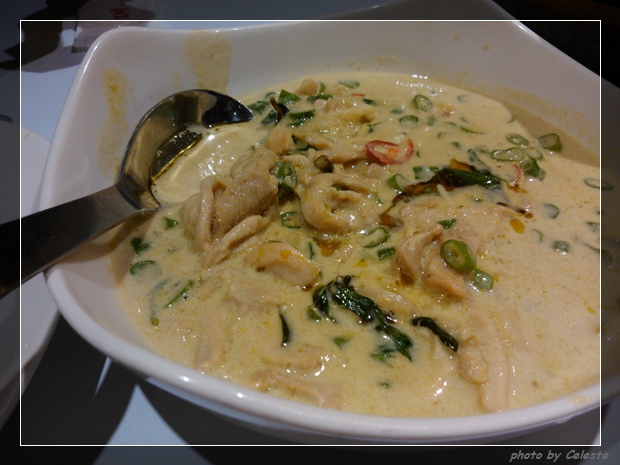 Green curry chicken was not bad. Although I can make this at home, I don't make it very often. I don't really enjoy curry that much, so we only occasionally order this dish. And when I do have this, I must have some fish sauce with it! 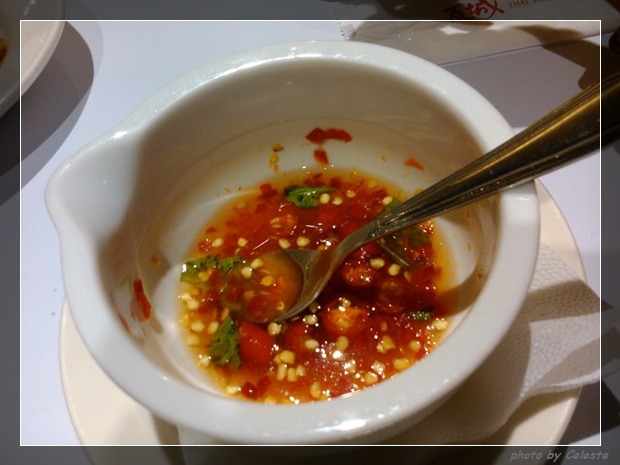 Allegedly this is their special sauce, but it's actually just fish sauce with chilli. 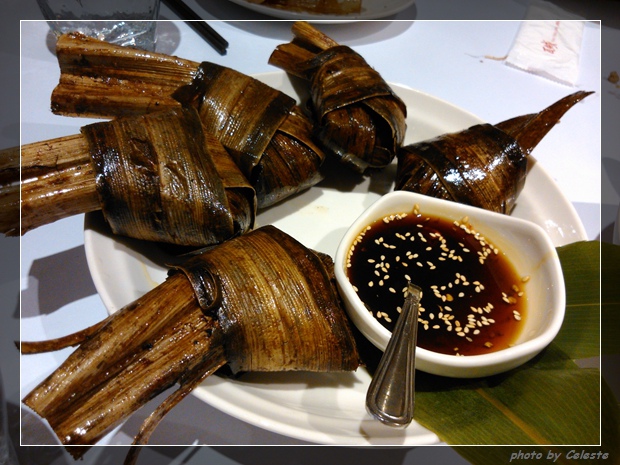 Pandan leaf chicken. My dad thought it was not worth the price, but I had wanted to compare it with this other Thai place I'd been before in Taipei. In the end, I think the place in Taipei won! This chicken was a bit too dry! 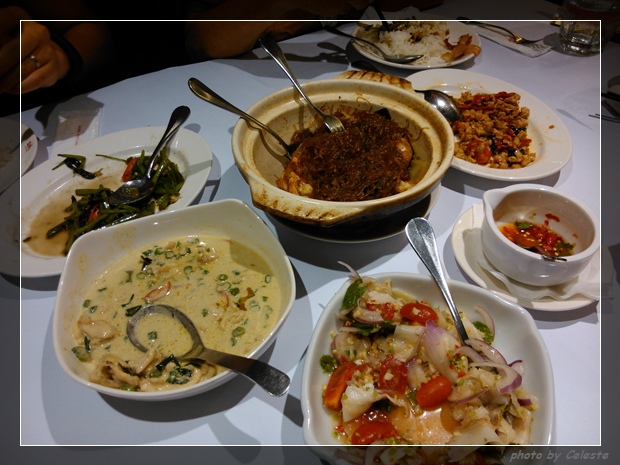 Of course, there was also some veggies to go with the meal.

As we were almost done, the manager came by and asked us how the meal was. My dad surprised all of us by being a bit too frank! He told the manager straight to his face that the food was not authentic enough! He explained that we had lived in Thailand for many years, and wanted to come and get a taste of 'home'. Seeing the awkward expression on the manager's face, I quickly added that the meal was not bad, not bad at all! (Just because it wasn't authentic, didn't mean it had to be bad)

We ordered just the right amount this time, so there was still room for dessert. (Although we'd all lost count of how much rice we had) 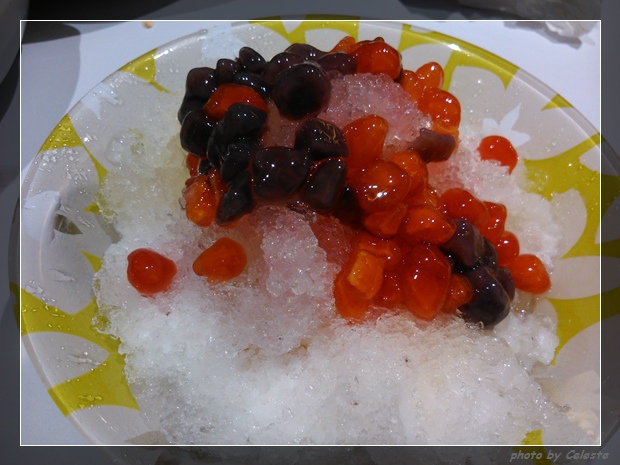 We ordered two servings of burbur chacha. We weren't big on desserts nor icy dishes, so two was enough to share amongst us. 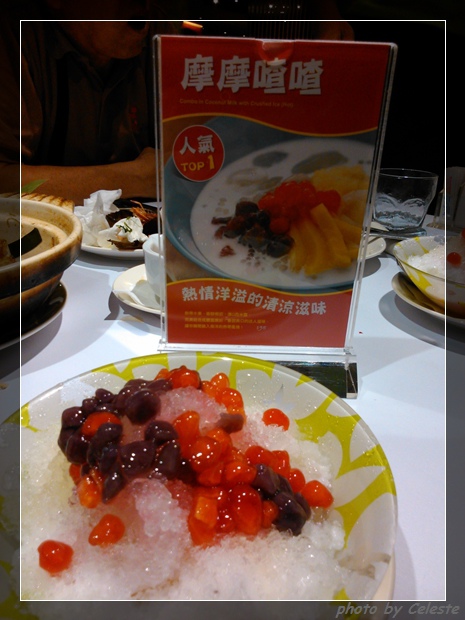 As the dessert was served, we thought it looked quite different from the picture they placed on the table! I wondered if I could return it and ask them to make one exactly like the one in the picture! 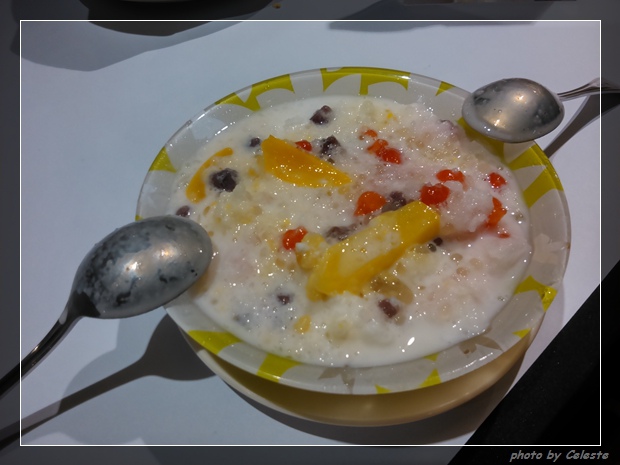 But after mixing it up a bit, it looked quite okay!