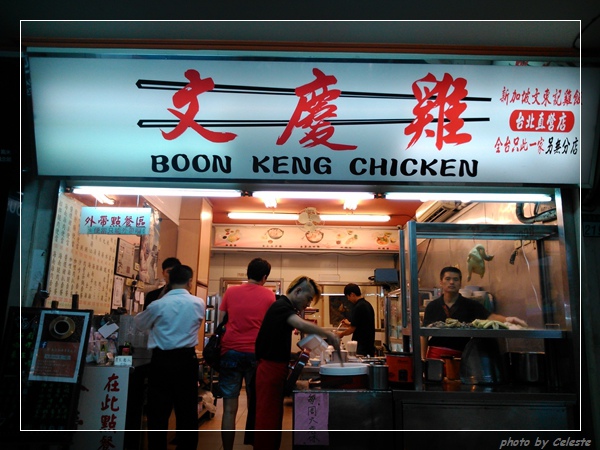 When I had finally gotten a chance to taste the famous Hainan chicken at Chingcheng Street, it was time to taste this Boon Keng Chicken. From the photos I had seen online, I thought that I would like this place better. That's why I told my other half that we must try the Chingcheng chicken first! 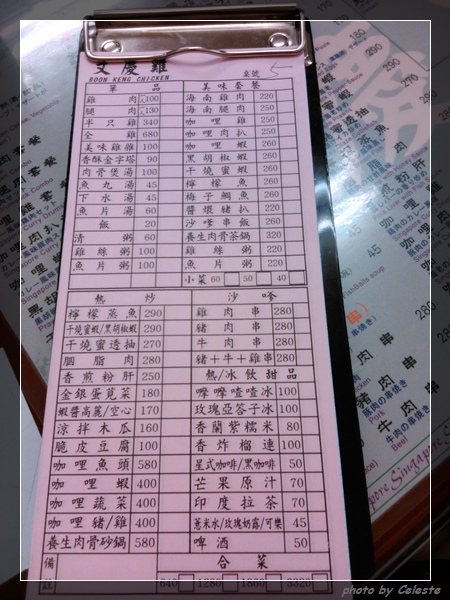 There are many more choices here, but our main target is hainan chicken.

They'd serve you some small appetizers, but we didn't take any. It was our first visit here, and we weren't quite sure what to do with ourselves. We studied the menu and finally ordered after the waitress had come over for the third time! 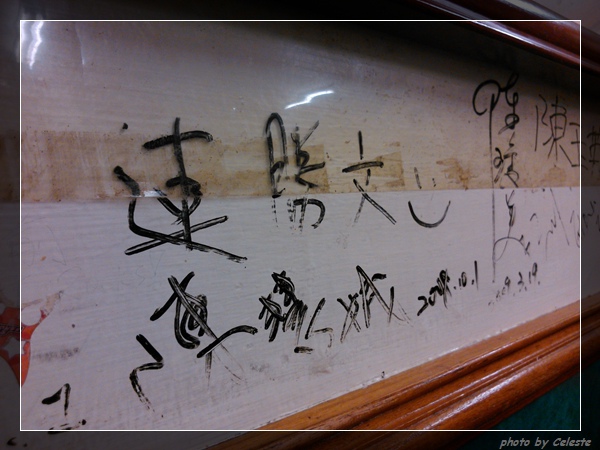 There are many signatures of famous people on the walls. Most notably the recent scandalous Taipei mayor candidate! 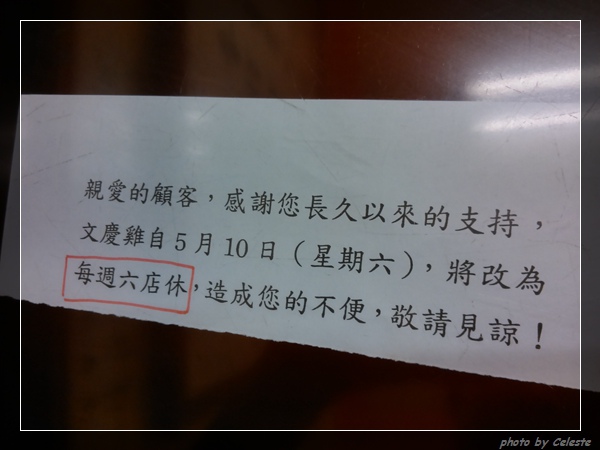 The little note on the table reminds you that the place is closed on Saturdays. 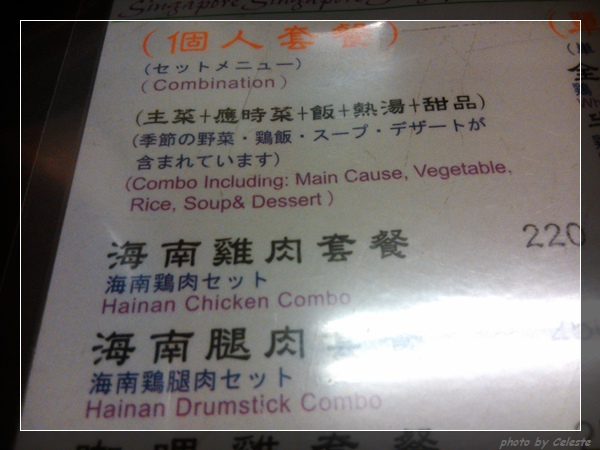 There are also trilingual menus! But there appears to be a small typo! 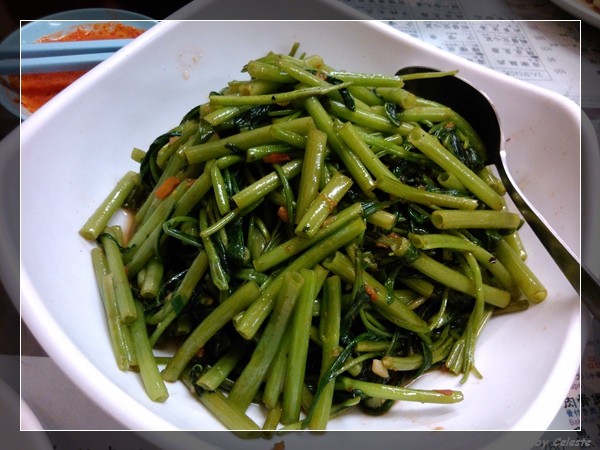 First up is our veg of the meal. It was a bit too salty, but I thought it went well with the rice. 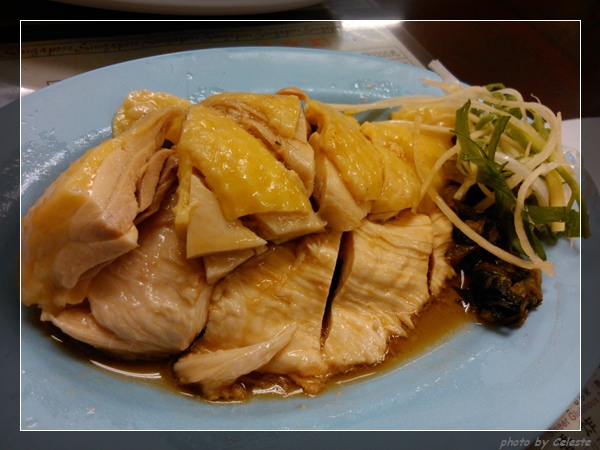 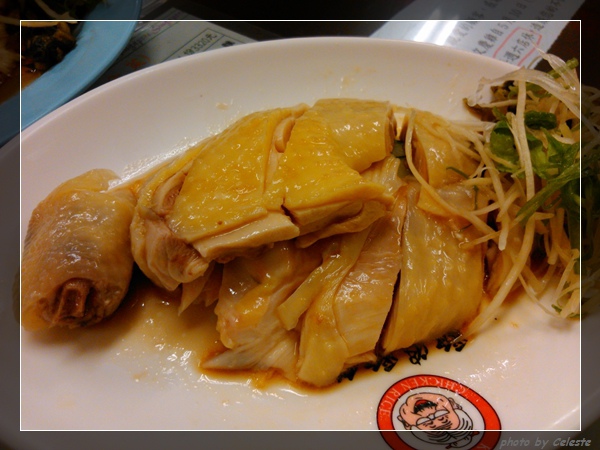 This plate, with the drumstick and thigh, was for me.

The meat was nice and tender. Pretty tasty! 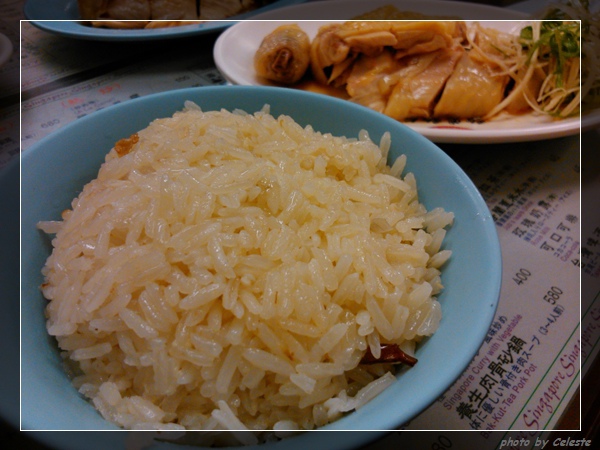 The rice had the taste of the chicken oil mixed in it. Went really well with the chicken itself. 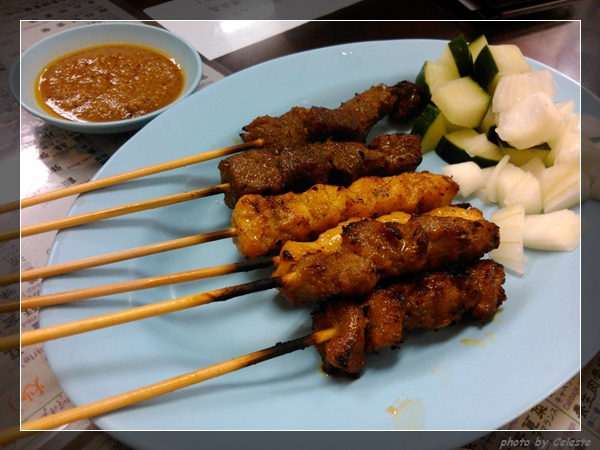 I have to admit that this was something we shouldn't have ordered. The satay mixture of chicken, pork, and beef were all really good (mind you the pork was actually the best of all), but it also made this meal cost beyond our budget! 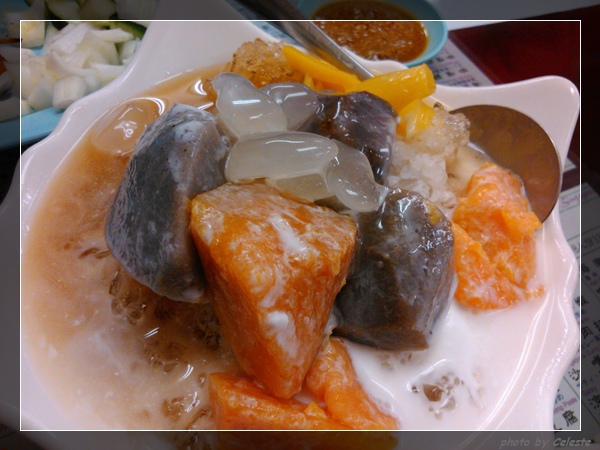 We weren't thinking about our budget then, so we still ordered dessert!

But just look at this bubur chacha! It was the most amazing variation I had ever seen!